CALL US FIND US

Has your vehicle sustained minor damage from hail or a door ding? Have you noticed a minor crease in your hood or a buckle in a body line? Don’t hesitate to have it repaired because you’re worried about the expense and extent of having major auto body work done on your vehicle. It may be remedied by Paintless Dent Repair – a process of pushing or pulling the metal of your vehicle’s body to its original shape and position – eliminating the need for repainting and refinishing. Rally Collision Center technicians are expert Paintless Dent Repair practitioners and can accurately asses your vehicle’s damage and quickly fix dents that meet the criteria for this method of auto body repair.

Developed in 1960 at the New York International Motor Sports Show by a Mercedes-Benz technician, Paintless Dent Repair began as a method of preparation for painting. Show cars sustained dents and scratches during the day and had to be repainted overnight to be flawless for the next day’s exhibition, so the dents had to be pushed out to reduce the amount of body filler needed before painting in order to reduce the drying time. The technique of kneading the metal from behind with the butt of a hammer handle produced results so impressive that repainting was not even necessary. German body technicians further developed the technique and the tools necessary and by the 1980’s, these techniques arrived in the U.S. They have been continually refined and mastered by auto body technicians and featured as a convenient method of small dent repair at Glen Cove NY’s premiere auto body and collision repair center, Rallye Collision Center, a Mercedes-Benz Certified Collision Center.

Several conditions factor into whether or not your vehicle is a viable candidate for Paintless Dent Repair, including the flexibilty of the paint and the extent to which the metal has been stretched. Most newer vehicle paint finishes have greater flexibilty than older paints and allow for more successful paintless dent repairs. The size of the dent isn’t as much of an factor as the intensity of the impact and the curvature of the dent. Generally, the shallower the dent, the more favorable the conditions exist for paintless dent removal methods to be successful.

The expert auto body technicians at Rallye Collision Center are highly trained at paintless dent removal and repair and can quickly and accurately assess your vehicle’s damage in order to tell if paintless dent repair will work or if it requires traditional repair. Whatever the case, you can be confident in knowing that your vehicle is in the qualified hands of the auto body experts at Rallye Collsion Center and that you’ll be pleased with the results. We guarantee it!

The Luxury of Simplicity 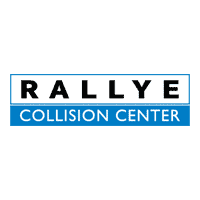